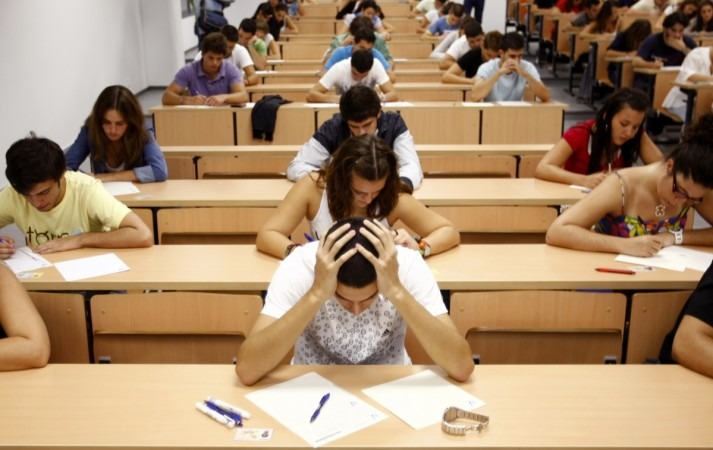 The EBCOG Examination assesses the knowledge gained by the candidates during their training in general Obstetrics and Gynaecology. The assessment is extended to the application of this knowledge to clinical cases and is based on the EBCOG training syllabus.

Would you like to test your knowledge and see examples of exam questions?

For each scenario described below, choose the most likely answer from the above list of options. Each
option may be used once, more than once or not at all.

1.A 40-year old woman in her first pregnancy with an IVF-induced twin pregnancy presents with a heavy
painless vaginal bleeding at 32 weeks’ gestation. On examination both twins are in the transverse
position. On examination, mild uterine contractions, two in 10 minutes, lasting for 10 seconds are
noted.. Cardio- Topographic (CTG) tracings of both foetuses shows a reactive pattern.

2.A 25-year old woman in her second pregnancy has a painless non-substantial antepartum
haemorrhage at 20 weeks’ gestation. Abdominal examination shows a uterus corresponding to dates.
Foetal heart was audible. On speculum examination, a 2cm friable mass is seen on her cervix.

3.A 35-year-old woman in her second pregnancy presents at 30 weeks’ gestation with moderate vaginal
bleeding. She suffers from diabetic nephropathy and chronic hypertension that has been poorly
controlled in the previous month. Her CTG demonstrates a sinusoidal pattern with Type 2 [Late]
decelerations. On examination, there is marked uterine tenderness on the left side of the uterus. The
foetus is in the breech position.

For each scenario described below, choose the most likely answer from the above list of options. Each
option may be used once, more than once or not at all.

1. A 30-year-old woman with Type 1 Diabetes Mellitus (T1DM) in her third pregnancy undergoes
induction of labour with vaginal prostaglandin at 39 weeks gestation for poor metabolic control. Two
hours later the cervix was found to be 4 cm dilated and fully effaced and fetal presentation cephalic with
4/5ths of the head palpable suprapubically. Membranes were ruptured then causing an increase in the
strength and rate of uterine contractions [one every three minutes and lasting 60 seconds]. Review four
hours later showed the cervix to be 8 cm dilated and the presenting part at Station 0-2 and three hours
later the cervix to have remained at 8 cm with head 2/5ths palpable. The CTG shows repeated
accelerations with every contraction.

2. A 28-year old in her first pregnancy is admitted at 41 weeks’ gestation after reporting spontaneous
rupture of membranes at home 24 hours previously. On examination, uterine size corresponds to dates
and foetal presentation is cephalic with 2/5ths of the head palpable suprapubically. Contractions are
regular occurring at a rate of one every 10 minutes and each lasting for 20 seconds.

3. An 18-year old woman in her first pregnancy at 42 weeks is admitted with strong uterine contractions
occurring once every four minutes lasting for 60 seconds. On examination, the fetal presentation is
cephalic with four-fifths of the head palpable suprapubically. Vaginal examination shows a cervical
dilatation of 2 cm, 80% effacement, and station a 0-3 above the ischial spine. Clear liquor is draining. A
CTG shows a reactive pattern with acceleration corresponding to the contractions. The woman is rather
anxious and reacts poorly to the contractions.